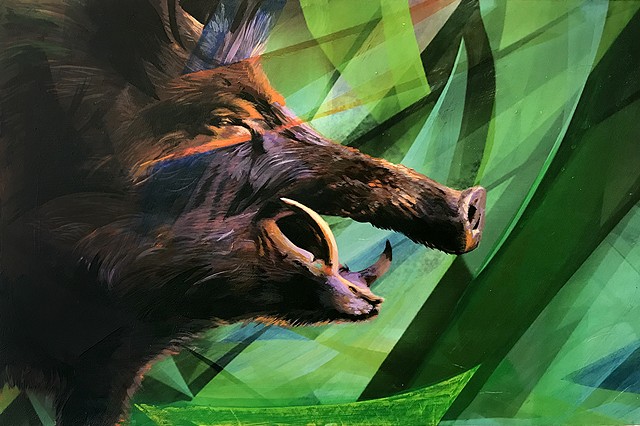 Originally, pua‘a represented loyalty and enjoyed a close relationships with their human families and rarely strayed far from the kauhale (family compound).

The legendary story of a god shapeshifting pua‘a is the story of Kamapua‘a, son of moon goddess, Hina, and lover of volcano goddess Pele. After being rejected by Pele, Kamapua‘a called upon his forces of the storms and green rainforests to battle her. Upon separating, he took to the lush valleys of Hilo, Hamakua, and Kohala.